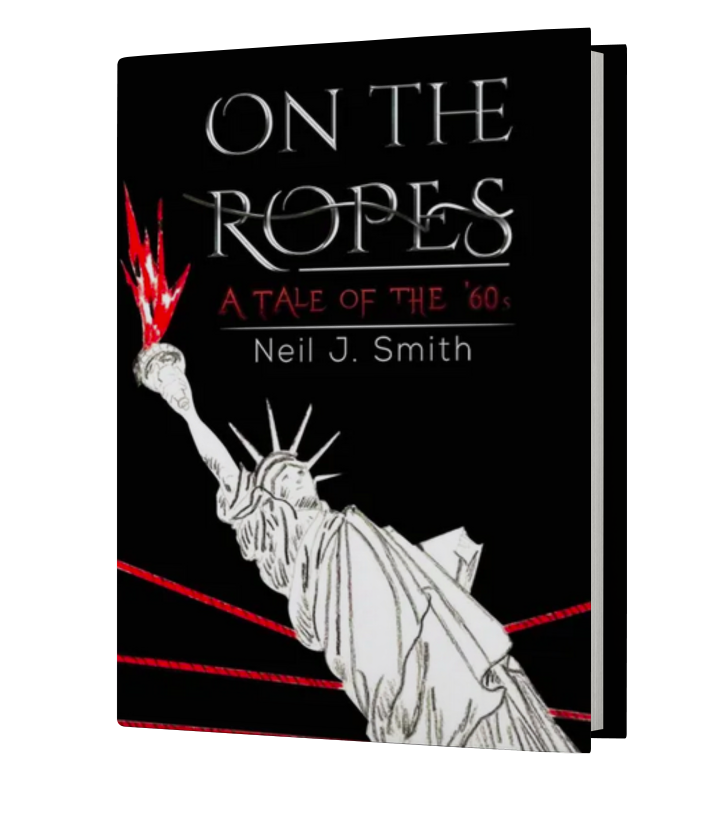 "Your book--colossal power, sharp, spot-on writing. Issues of rape and fratricide are explored with the dialectical seriousness that echoes Old Testament and Dostoyevsky. You break through the 'cool' that infects our modern world and show the human soul in deepest wrestling with itself."

On The Ropes is the story of a young black fighter, Percival Jones, whose bid for the 1968 Olympic Gold is sidetracked by the successive deaths of both Dr. Martin L. King, Jr. and Senator Robert F. Kennedy, six weeks apart. Here his life spins off course, he loses his purpose, becomes misdirected and drifts into the ranks of The Black Panther Party, where every ideal for which the Panthers stood turns into betrayals, suicide, fratricide, insanity, etc. He is eventually cast out of the Party for not submitting to a scopolamine test, thus facilitating his return to the ring where he claws his way up the ranks and surmounts the difficulties which accompany such a climb along with other unforeseen hazards until, at long last, a title shot is within reach. Where-upon his complicity in the death of his brother is unearthed, jeopardizing his freedom and prospects for a title bout. On The Ropes is a modern rendering of the mythic hero overcoming insuperable obstacles while on the way to unraveling the mystery of his assigned destiny.

Yet and still it is a story of the ’60’s as lived not romanticized. Nevertheless, romance was much a part of the zeitgeist, the fabric of the day; otherwise the most hopeful period in recent American memory—the ’60’s-was overcast by disappointment after disappointment: The assassin’s bullet killing by night the promises of every hope sown by day.

In the annals of sports boxing has produced more black champions than in any other field and yet, in the realm of fiction, where there are numerous stories of white fighters- champions or otherwise. That is, Tarzan remains King of a jungle he never inhabited. Hence, On The Ropes, in some small way hopes to help rectify this oversight; as well as bring to the story of the ’60’s all the excitement of being up front at ringside.