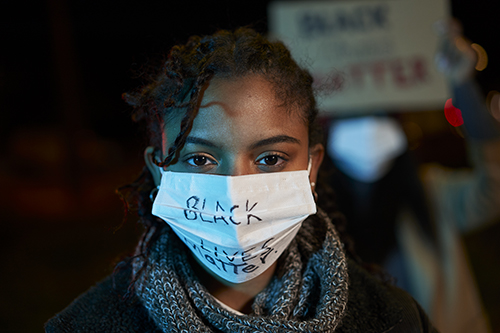 “And how is Dakota?”

“What’s that suppose to mean?” Morty exclaimed with a searching glance.

misdiagnosed her yesterday ‘n now it’s too late to save her.”—On the Ropes, page 149

Racism comes in several forms. One of them is structural racism which continues to be an obstacle for many African Americans in the United States. This instance is especially true in the healthcare industry.

According to the World Economic Forum, Black or Latino Americans are more likely to die from Covid-19 than other groups.

Surprising? Not really. In the physician workforce, only four percent identify as Black or African-American, narrowing the chances of black Americans receiving adequate care.

A Brief History of Medical Racism

Throughout history, medical racism has affected the system by mistreating Black people. One prevailing myth is that Black people have different, i.e., “inferior” bodies, which affects the accuracy of diagnosis and quality of treatment.

As a result of this myth, a series of unethical studies and treatments follow. Some of these include:

Current Medical Racism in the Workplace

In the era of Covid-19, racial discrimination plays an insidious role in health care. Aside from Blacks and Latinos receiving less than adequate care because of misdiagnosis of symptoms, POC healthcare workers also have their unique struggles.

According to the Rutgers School of Nursing Research, nonwhites are suffering disproportionately from emotional distress exacerbated by Covid-19 panic and reactions to workplace racism. Other conclusions of the study include the following:

With the pandemic not ending anytime soon, it’s safe to say that the virus isn’t the only thing we need to eradicate. We must look past these biases if we want to ensure the well-being of our population.