Gun Control in America: Why It's Hard to Reform 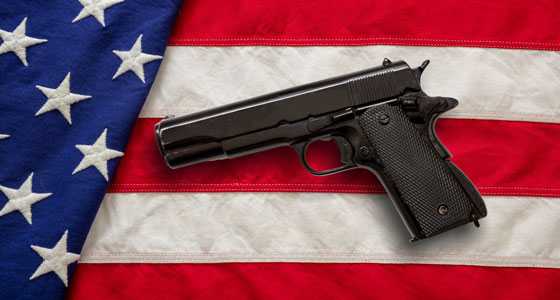 “The danger’s real enough,” Bob Collier said. “The gun is an inescapable fact of American life. It’s the cornerstone on which this nation stands; without which there is no country. Violence ‘n violence alone gave birth to the United States. As H. Rap Brown reminds us, “Violence is as American as cherry pie!'”—On the Ropes

Gun control talks have been a hot topic in American Politics for a long time. From violence to suicides, the call for gun reformation laws has become a priority for most people in the country.

The History of Guns in the United States

Nevertheless, before we can speak our opinions on the matter, we must understand the history of gun ownership in the United States.

As a country that prioritizes democracy, the right to bear arms has become synonymous with American freedom and identity.

In fact, in 2020, a Gallup survey found that at least 44% of American households have firearms.

So, how did it come to this? According to researchers, marketing, racism, and fear have contributed to America’s attitude toward gun ownership.

Sometime after the Civil War, gunmakers with surpluses sought to sell their goods. As such, many have convinced neighborhood stores to sell handguns alongside ingredients like sugar and flour. Additionally, many have run newspaper ads advertising that rifles can help develop “manliness.” As such, private gun ownership increased.

Additionally, the end of slavery led to the formation of armed groups. These groups aim to protect newly-freed Black men while others terrorize them. After the failure of the Reconstruction, many supremacist groups used guns to threaten and murder Black men wanting to exercise their rights as citizens.

Fear also became a factor in why gun ownership is considered a necessity. However, in a 1999 survey, only 26% cited self-defense or protection as a reason for gun ownership.

So why is it hard to ask for gun control?

Whatever the case, gun politics continue to be an ongoing issue because a large part of American history involves gun ownership and usage. It is not an easy issue to resolve, especially if centuries of social conditioning have played an enormous role. With that time in mind, we can only hope for the best in the future.